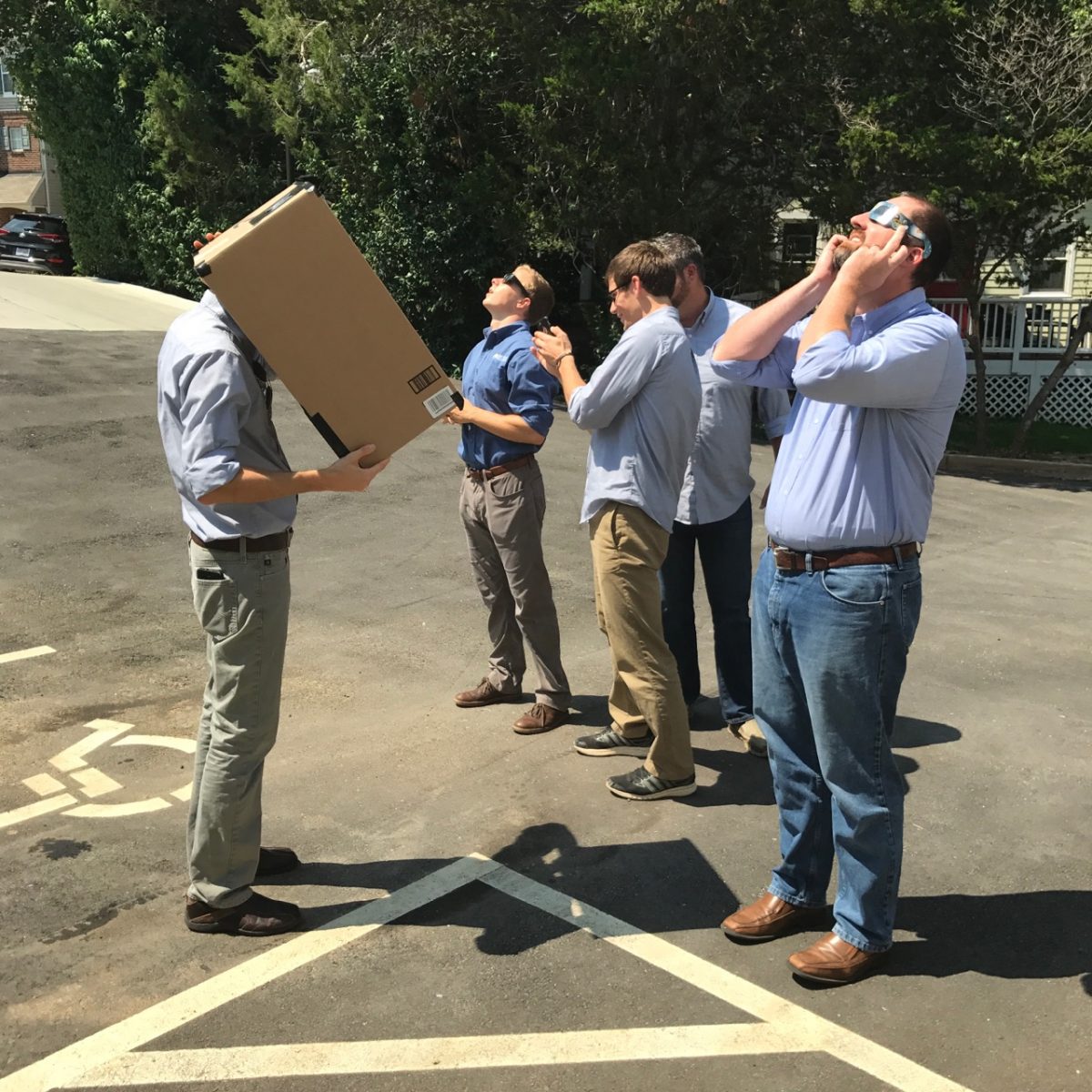 A week ago today, on August 21, 2017 the moon made its way in front of the sun, for some totality, and for others a range of percentages of coverage.  For all though, something to gaze upon, a reason to walk outside, wear funny glasses and conduct science experiments.   Looking back over the past week since the eclipse, the news cycle has since well… eclipsed the eclipse.  There are three main takeaways (maybe even more) that were taken from the lead up to the eclipse, the day of the event and the days that followed. Here are three reasons the US needed an eclipse.

The United States, well… the current administration (not necessarily the people of the United States), has recently rescinded its commitment to the Paris Climate Accord.  Remember that whole thing?  It is still a big deal and climate change is still real.  Climate change is not a hoax, despite what some say loudly through a paper mache megaphone of oil soaked bills, both policy and dollar bills.  (Come on America, we can be leaders again.) The same way we were able to predict the solar eclipse, when, where and why it happened, we are able to use science and scientific tools to predict and track climate change.  We have the knowledge, the research capabilities and the technology to lead the world in renewable energy.  Renewable energy for the economy, renewable energy for national security and renewable energy for the environment.

The solar eclipse was a reminder of the importance of science and the role that it, and our valued scientists, play in our lives. Total solar eclipses occur somewhere on Earth on a regular basis  They are planned for and studied. This one, this year, happened across the United States. We needed it.  So while disciplines within science differ greatly, the U.S. got to witness how scientific tools were able to predict this awe inspiring example of the unrelenting perpetuation of change in our universe.  Parallels of this event and the preparation for the eclipse can be equated to the preparation and the warning signs we must heed to slow climate change and mitigate climate change’s devastating effects.  Nicely summed up in this Tweet on August 10, 2017 by Neil deGrasse Tyson, “Odd. No one is in denial of America’s Aug 21 total solar eclipse. Like Climate Change, methods & tools of science predict it.”

Reason #2 – America’s Energy Grid…  It Did Not Fail

Building on reason #1 listed above, we were all able to plan for this event.  As we covered in a post prior to last Monday’s eclipse, we talked about how utilities were preparing for a solar eclipse, asking the question, “Are utilities prepared and how will the aging grid fare when solar energy is removed from the mix?”  You may also recall the Department of Energy was asked to research if renewables are responsible for the decline of coal and nuclear energy.  The DOE  has also been involved in a pointed research project into renewables effect on the grid as an intermittent power source.  Even though the grid DOES need to be upgraded, utilities across the country have reported that they were able to plan, ramp up and ramp down production using their stable of non-renewables to accommodate for the loss of solar production during the eclipse.

The fact though is that filling the energy gap caused by the eclipse was largely compensated by non-renewables, including natural gas.  For this reason, it is important to note the role that solar storage and renewable storage plays in the future of our energy system.  We believe in this technology, the potential is amazing.  In regards to the solar eclipse, it is once again important to realize, the grid did not fail despite the growing number of solar and wind installations across the United States.  Imagine the day when we plan a ramp up and ramp down by using solar storage instead of fossil fuels, not just during eclipses but, during the natural flow of any given day.  To sum up, the grid was designed in a time when renewables were far in the future.  It has, however, been patched and it can now accommodate renewables.  That said, to take our renewable game to the next level, to reach the goals of going to 100% renewable energy, we need to push for grid infrastructure improvements and creative ways to store and distribute power to the people.

Reason #3 – We All Looked Ahead – Together

Across the U.S., at a time where we are all seemingly deeply divided, we found ourselves next to our neighbors looking up to the sky in a wave of excitement that washed away a lot of what weighed on our minds.  For an afternoon, we were able to collectively forget or set aside our differences, while we looked out, and to the side, and around and noticed we were all looking at the same thing together. An event that touched the United States from coast to coast, we shared funny glasses with strangers so that they could take part.  So that everyone could be included.  We made boxes to catch a reflection and projections, we filled the internet with positive posts touching on the enormity of the event and the insignificance that we feel inside, but the significance of which we can be to our neighbors, fellow Americans, and as a fellow inhabitant of the earth.

We are all affected by climate change, we all rely on energy and we are all here together.  The pictures and stories from across the U.S. prove that America needed this solar eclipse last week, the videos and sound bites encompassing the range of emotions from shaken testimonies, tearful witnesses to excited howls and amazed laughter.  Perhaps we can remember that feeling we had when we all looked at the same thing, shared our unique perspectives and the experience in a positive way.  Besides, it is hard to not like your neighbor when they have a funny pair of glasses on or have an odd box on their head.