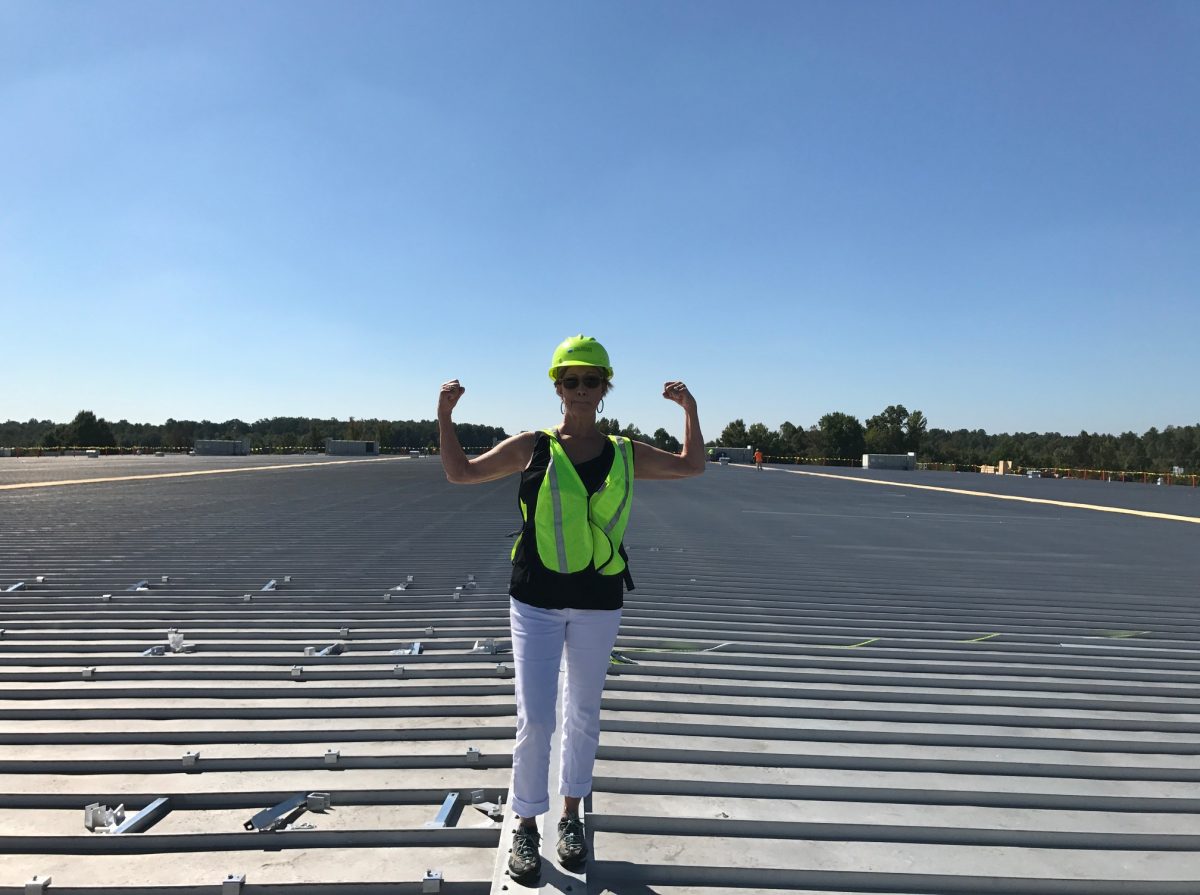 Today, on International Women’s Day, it is a different world than when I first subscribed to the new “Ms.” magazine and became aware of the burgeoning “women’s lib” movement, one that was the subject of scorn and ridicule.  As Co-founder and CEO of Yes Solar Solutions, a Woman Owned Small Business, I can speak to the challenges and responsibilities of founding and operating a small business.  It is tempting for me to deny it is different for a woman to run a business, since the biggest issues seem to be the same regardless of gender: access to capital, finding, developing and retaining the highest quality team, overseeing efficient operations, assuring quality and customer satisfaction, having a commitment to community responsibility, and being a sustainable company.  Sustainability encompasses our energy practices, our energy advocacy and the ability to be profitable.  These issues are not a surprise.

Coming out of college where my grades were good and I was used to being taken seriously, it dawned on me the workplace was not going to be like school. After a rocky start, in which I applied to a company that told me they did not hire women, (and for me not to be offended, because they didn’t hire African Americans either), I filed a complaint with the Equal Opportunity Employment Commission.  The EEOC awarded me damages, but more importantly, there are now thousands of women and people of color employed in the profession with that company.  Oddly enough, the EEOC employee who handled my case later called me at home to ask me to dinner, even knowing I was married.

But my first real career experience was in sales.  As an Account Manager for a Fortune 200 company, I was the only woman in our department.  A promotion to District Sales Manager put me in charge of an all-male sales team, all older than I was.  It was a challenge to earn respect and trust while being seen as an outlier.  It took a while to get the courage to stand up to the old boy network and do things my own way.

Unfortunately, that included examining and questioning the way things were being done and making changes where necessary, putting the people who were substandard performers on improvement plans, and terminating others.  These men did not react well.  Suddenly their padded expense accounts, their sometimes questionable sales practices, their protected status, were under scrutiny.  Predictably, I got a reputation as hard-nosed, which is probably a euphemism for a more… profane label.   And speaking of profanity, my first inclination was to talk as rough, or rougher than some of my male co-workers.  It took me years to realize I didn’t have to use the same language to be effective.

Along the way, I found myself in uncomfortable situations all the time.  Team fishing and camping trips open to just the guys, being passed over for promotions because of the assumption it would not be appropriate for me to take clients out to dinner or events, or outright inappropriate behavior and remarks whispered under the guise of alcohol permissiveness.  I missed my first promotion because I knew I was the best choice but waited to be asked. It went to a male peer.  I never made that mistake again.  During a salary review when I was a regional sales director, I got high marks for performance but my raise was less than I thought fair.  I was told I already made more than my manager’s wife (a teacher).  It was barely on my radar how unfair, how wrong this was.  I just accepted it as the way things were, and I would have to deal with them. Part of dealing with that was hiring and promoting more women, coaching them to step up, making sure they were as successful as they could be.  What was a male-dominated department became a more diverse one, although women were still in the minority.

The Way Around: Small Business

I chose a sales career so that my success and earnings were only limited by how hard I worked and how good I was at my job.  It worked to an extent, but I finally realized the only way to control my destiny was to own a business.  I took my stock options (and some of my husband’s) and with an SBA loan bought some land and built a child care center.  It was very different work, but I found my corporate experience gave me some advantages in how to promote a business, sell families on our value, and manage a high-quality business.  Within the first year, we decided to build a second school, and eventually a third.  My husband joined the business in the third year and we operated the schools together.  The good old boy network was largely history, especially since the schools generated enough cash flow that capital was not an issue.  My 90 employees were almost exclusively women.  We introduced free child care, health insurance, paid tuition for Early Childhood Education degrees.  Unsurprisingly, our turnover was lower than industry rates, and our quality was higher. We won awards for employee professional development, business of the year and employer of the year.  But the most satisfying reward was seeing thousands of children pass through our doors, thrive in academics, character building, and socialization, and continuing to see those families in the decades since and know what an integral part we played in their lives.

After 11 years and a few gray hairs, we started looking for our next business.  In the interim, we bought, renovated and flipped property.  Although not a good long-term plan, it raised our awareness of the value of preserving and reusing and recycling property, especially the historic sites we worked on.  Somehow we found our way to solar in 2009.  It made more sense than it seemed, since it was also a legacy business, preparing families for a sustainable future, using our resources wisely.

Our company, Yes Solar Solutions, has continued the mission of preparing home and business owners for energy independence through solar and energy storage, and we have continued to invest in our family of employees.  Watching young employees grow in their careers and their lives, getting married, buying homes, having babies, all while pursuing our common passion for renewable energy is its own reward.   The fact that we are all changing other peoples’ lives by helping them to achieve energy independence through solar is a bonus.

Me Too and Time’s Up

I feel I am past most of the challenges of my earlier business career, having owned my own companies for the last 20 years and having been able to control my workplace.  I still fight the feelings of having to prove myself, but get over it pretty easily.  I have raised a daughter who is strong and assertive and extremely successful in business.  But discouragingly, she still deals with inappropriate behavior and comments from the workplace, during client dinners and in social settings.  So yes, Me Too. And yes Time’s Up.  The business world and the rest of the world are starting to recognize deep-seated issues of how women are marginalized, harassed and violated.  The marches, the demonstrations, the political organizing are now accepted as a needed change in how we all live, and no longer sneeringly called “women’s lib”, as it was when I first joined it.  It is my great hope that my daughter and my granddaughter have different opportunities and different futures because of the latest edition of the “women’s movement”.  In the end, I am encouraged and look forward to seeing it all unfold.  Today on International Women’s Day, and in the days to come.