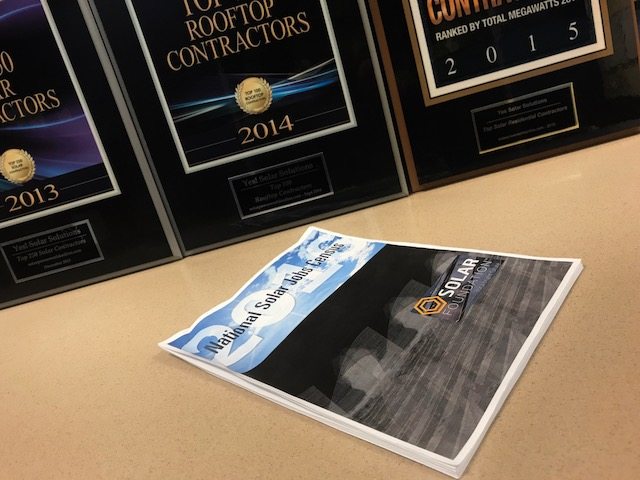 The Solar Foundation has released its 2016 National Solar Jobs Census, and it is exciting! The solar industry continues to grow and outpace most other sectors of the economy, further establishing solar as the energy source of the future.  The National Solar Jobs Census series provides current and statistically valid data from actual employers.  The 2016 study is based on over 500,000 phone calls and more than 60,000 emails to energy establishments in the US.  And Yes we participated!

Solar is adding workers at a rate approximately 17 times faster than the overall economy. The industry accounts for 2% of all jobs created in the US over the past year. The 2016 Solar Jobs Census states:

“The Solar Foundation’s long-term research shows that the solar industry employment has grown by 178% since 2010, resulting in over 166,575 new domestic living-wage jobs”.

It is all noteworthy. We have, however, identified some key statistics listed in the 2016 National Solar Jobs Census.

Yes Solar Solutions is proud to be a part of the clean/renewable energy movement.  We actively advocate for the solar industry, an industry that helps the environment and contributes to job growth and economic development.

As we grow, and as the growth of the industry continues, we often post exciting career opportunities and are always looking for the best in the solar industry to join our dedicated and knowledgeable team.  Yes Solar Solutions is also recognized by The North American Board of Certified Energy Practitioners (NABCEP) as the first accredited solar installer in the Eastern-USA.  Yes Solar is honored to be the only NABCEP-accredited solar installation company in North Carolina.  If you are interested in adding solar, please contact us with the form below, we look forward to hearing about your energy goals.