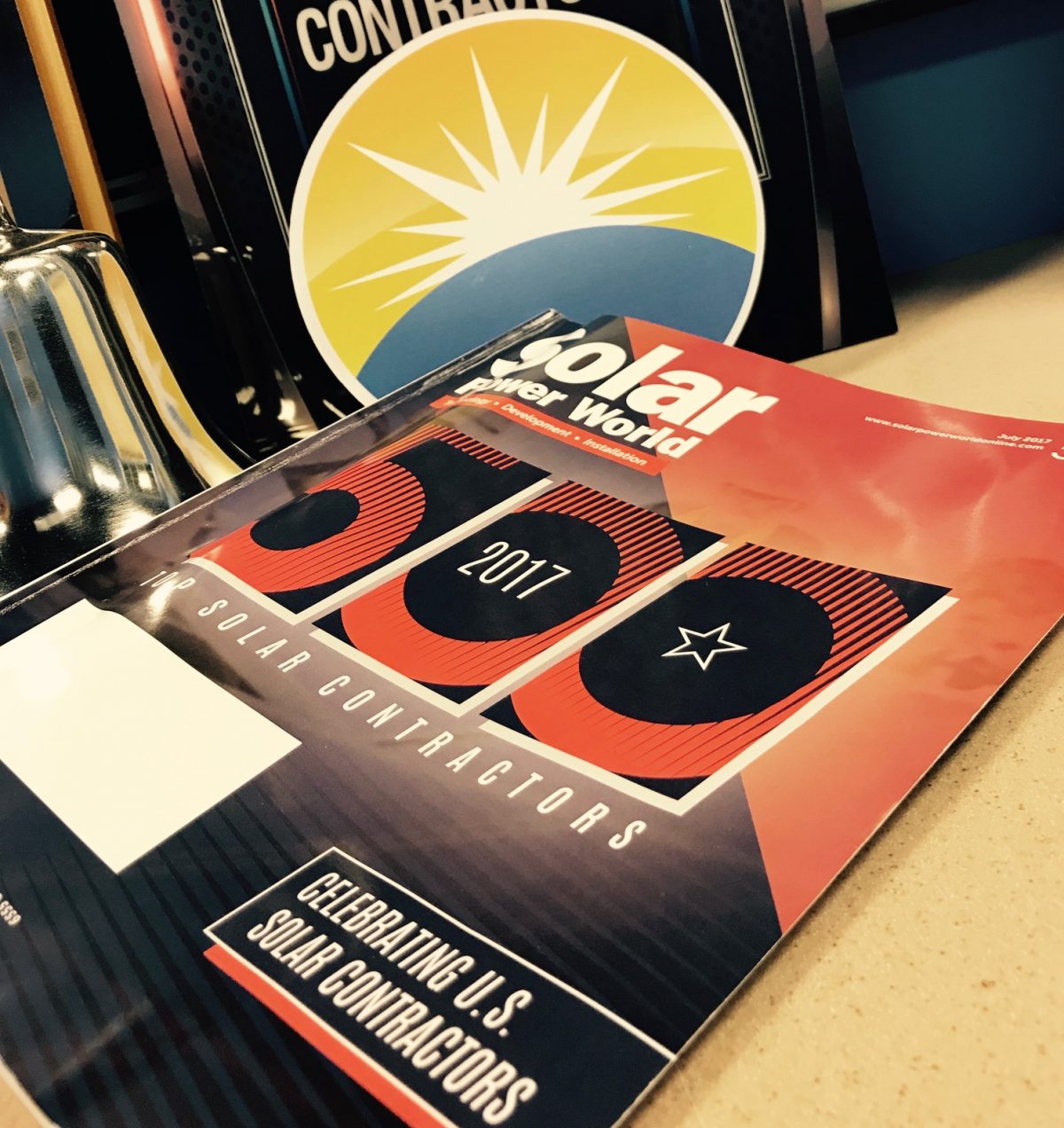 “The 2017 Top Solar Contractors list features 500 of the best solar contractors in the United States,” said Kelly Pickerel, managing editor of Solar Power World. “From solar hotbeds on the coasts to the up-and-coming Midwest solar market, every installer adding even the smallest solar array to the grid is making a positive impact on our communities. We’re proud to recognize these companies and their efforts to bring solar power to U.S. homes and businesses.”

The U.S. solar market installed more than 14,700 MW of solar in 2016, nearly doubling the capacity installed in 2015. For the first time ever, solar was ranked as the No. 1 source of new electric generating capacity additions brought online throughout the year. GTM Research and the Solar Energy Industries Association (SEIA) predict the cumulative U.S. solar market to nearly triple in size over the next five years. By 2022, more than 18 GW of solar photovoltaic capacity will be installed annually, and Yes Solar Solutions will continue to be a major player in adding solar to the grid.

Yes employs 20 workers, who installed 1.15 MW of solar in 2016. Since its founding in 2009, the company has installed 5.4 MW of solar. The company is the only solar installation company in the Carolinas to have earned a company accreditation from the prestigious North American Board of Certified Energy Practitioners of North America (NABCEP).

“We are proud to have been on the list of Top Solar Contractors over the years, and to be in the esteemed company of so many excellent solar companies.” remarked Kathy Miller, Co-Founder and CEO.  “It is important for all the solar companies to support each other and hold each other to quality standards for the growth of the industry.”

Solar Power World is the leading online and print resource for news and information regarding solar installation, development and technology. Since 2011, SPW has helped U.S. solar contractors—including installers, developers and EPCs in all markets—grow their businesses and do their jobs better.